Six lessons for getting work training and employment right 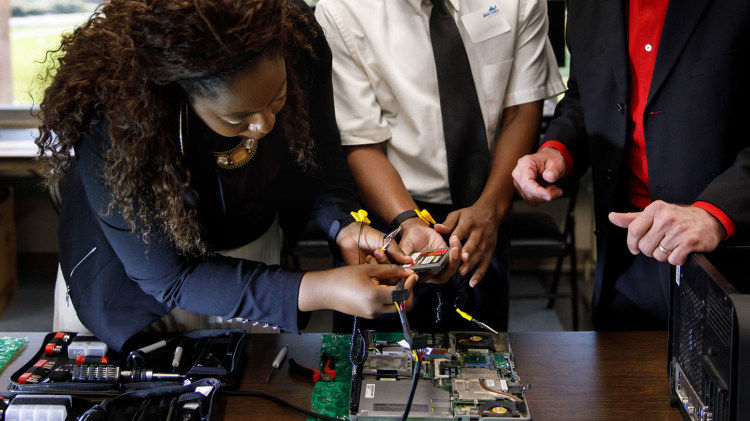 Generation Global CEO Mona Mourshed and Global COO Ali Jaffer write in SSIR about strategies for successfully filling the skills gap for companies, and helping millions of unemployed youth and others find jobs.

Work is one of the primary ways people connect to their societies—and in many places, there is not nearly enough of it. The problem is particularly acute for young people: An estimated 75 million people aged 15 to 24 are jobless around the world. In Spain, 33.8 percent of young people are unemployed; in Kenya, the figure is 26 percent. In other countries, such as the United States, the headline figure is lower (9.5 percent), but there are concerns that too many are stuck in low-wage jobs that sentence them to a lifetime of economic and social immobility.

Meanwhile, executives complain they cannot find the workers they need, even for entry-level jobs. And in the future, digitization, automation, and other technological trends could transform the workplace in unpredictable ways, creating jobs that don’t exist now, while wiping out others. According to the McKinsey Global Institute, companies could readily automate at least 30 percent of constituent work in 60 percent of today’s occupations.

The Business Roundtable, a network of US-based businesses, wrote last year: “Economic growth is hindered because the skills of today’s workers have not kept up with the requirements of current and future jobs.” Meanwhile, few training and employment programs can prove their effectiveness, because they do not have the data to track impact. No wonder that, even as employers decry the skills gap, they are often slow to pay for such programs.

To address the issue of youth unemployment, consulting firm McKinsey & Company, founded our nonprofit Generation in 2014 to create a global, cost-effective, and scalable work-training and -placement program. With operations in more than 90 cities in 9 (soon to be 12) countries, the program offers instruction in 24 professions, including customer service, health care, skilled trades, and tech. To date, more than 22,000 students have graduated, and independent evaluations have found that the vast majority of both learners and employers have registered positive outcomes. Among graduates, salaries rise sharply to three to four times what they made before the program and employment rates jump, with 82 percent employed within 90 days of graduation. Even one year out, 68 percent are employed with 3 percent moving on to better opportunities. And according to employer surveys, 84 percent of hires from Generation out-perform their peers. In addition, 60 percent of our operations will be funded by employers and governments by the end of this year—up from 30 percent at the end of 2017. Our goal is 100 percent by 2020.

Of course, while we have made progress, we have also made mistakes. Here are six hard-earned conclusions about what it takes to do work training and placement right. While Generation is primarily focused on young people, we believe these lessons are equally relevant for programs focused on reskilling mid-career employees.

Read the full article on SSIR

05 Juin 2018
Generation uses cookies to improve site functionality and experience, and to enable our partners to advertise to you. Details are provided in our Privacy Policy. By using this Site or clicking on “OK,” you consent to the use of cookies.Ok