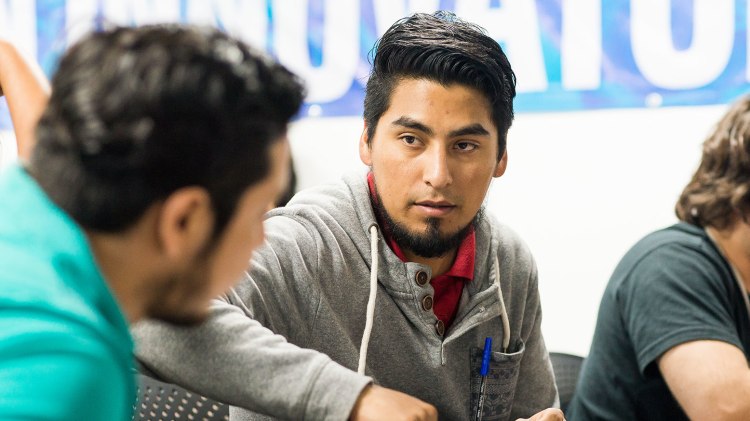 Generation Mexico’s pilot Guadalajara Generation IT program has trained close to 100 youth outside the labor market in the skills required to be Java Back-End developers and to work for technology companies in the state of Jalisco.

Generation IT, founded by McKinsey & Company in 2014, was completed in partnership with Bécalos from the Televisa Foundation and the Mexican Banking Association, Intel, USAID, IJALTI, and the Secretary of Innovation, Science and Technology of the State of Jalisco. Working with IJALTI, Generation identified the talent gap in entry-level developers in Guadalajara and, together with top employers, created a three-month full-time program focused on providing youth technical skills as Java Back-End developers. In addition, the program develops mindsets and behaviors such as perseverance, forward-thinking, growth mentality, and personal responsibility. Intel provided the content of its global “Future Skills” program to complement the Generation curriculum. “The rapid pace of technological advances is profoundly changing the skills necessary for the jobs of the future. Intel’s “Future Skills” program centers on directly confronting the inequalities that may result from this radical change in the future of work”, said Antonio Sánchez, Director of Intel’s Corporate Affairs.

Generation helps link graduates with employers such as Wipro, iTexico, BMC, Interlatin, IBM, AlgarTech, Foxconn, and Bosch. “Generation and its first generation are key to talent development for the IT industries, and later for Creative and Manufacturing Media in Jalisco. They contribute much to incorporate young talent with high potential into our industry. It is an honor for IJALTI to participate in these talent development programs and we will continue to seek to attract and support more programs like this one, as well as the development of entrepreneurship in the state of Jalisco,” said Luis Valtierra, President of IJALTI. Similarly, Eduardo Chávez, Managing Director of IJALTI, stated that, “The nearly 100 plus graduates who are part of this project are proof that in Jalisco industry, government, academia and society can agree and take action with tangible benefits to enhance the opportunities for IT talent in Mexico.”

This program was a small scale pilot to test both the curriculum and methodology and to gather feedback from the industry’s main actors. In 2018, the program is expected to be refined and expanded to graduate up to a thousand students, which would significantly reduce the IT talent gap in Guadalajara. The program has been taught at the facilities of IJALTI, which contributed space for this first pilot.

“We are very excited about the results of the pilot. Our innovative methodology for employment education—which brings together technical and social-emotional skills—has been delivering results for two years in Mexico and worldwide, and we are delighted to bring it to Guadalajara with the support of the employers, Bécalos, Intel, IJALTI, SICYT and USAID, with the goal of expanding our IT program at the national level in 2018,” said Maria Novales-Flamarique, Director of Generation Mexico.

For her part, Gabriela Rojas, Director of Bécalos, said, “Through the Bécalos program, Televisa Foundation and the Mexican Banking Association are committed to Mexico’s youth, to support them with tools to develop the skills that will allow them to find a formal job to improve their quality of life and that of their families.”

The Secretary of Innovation, Science and Technology (SICYT), Jaime Reyes Robles, highlighted the important work of Bécalos through the Televisa Foundation and the Mexican Banking Association, as well as the participating companies, and encouraged the beneficiaries to take advantage of this opportunity: “Through SICYT we are a link for academia and business. This is a unique opportunity for the young beneficiaries to be trained and brought up to date according to what the companies demand, and thus it is a very valuable element to collaborate with those companies.”

In Mexico, Generation has graduated approximately 2,000 young people, with an 86% job placement rate and improved employer turnover and productivity of up to 60% and 30% respectively. Three years into its creation, Generation has established itself as the world’s largest demand-driven employability program, with nearly 15 thousand young graduates in five countries (U.S.A., Spain, Kenya, India and Mexico). Generation graduates have achieved 82% job placement rates, with a cost effectiveness of up to 40% compared to similar programs, as well as a substantial improvement in the quality of life of its young graduates.

The Generation programs in Mexico, Kenya and India have received significant financial support from the United States Agency for International Development (USAID). In Mexico, the Mission works actively with the private sector through strategic partnerships that encourage innovation and the maximum leverage of resources to increase the program’s impact, improve sustainability, and replicate successful operations across the country. In addition, Generation has received significant support from McKinsey & Company worldwide as well as in Mexico.

Generation uses cookies to improve site functionality and experience, and to enable our partners to advertise to you. Details are provided in our Privacy Policy. By using this Site or clicking on “OK,” you consent to the use of cookies.Ok